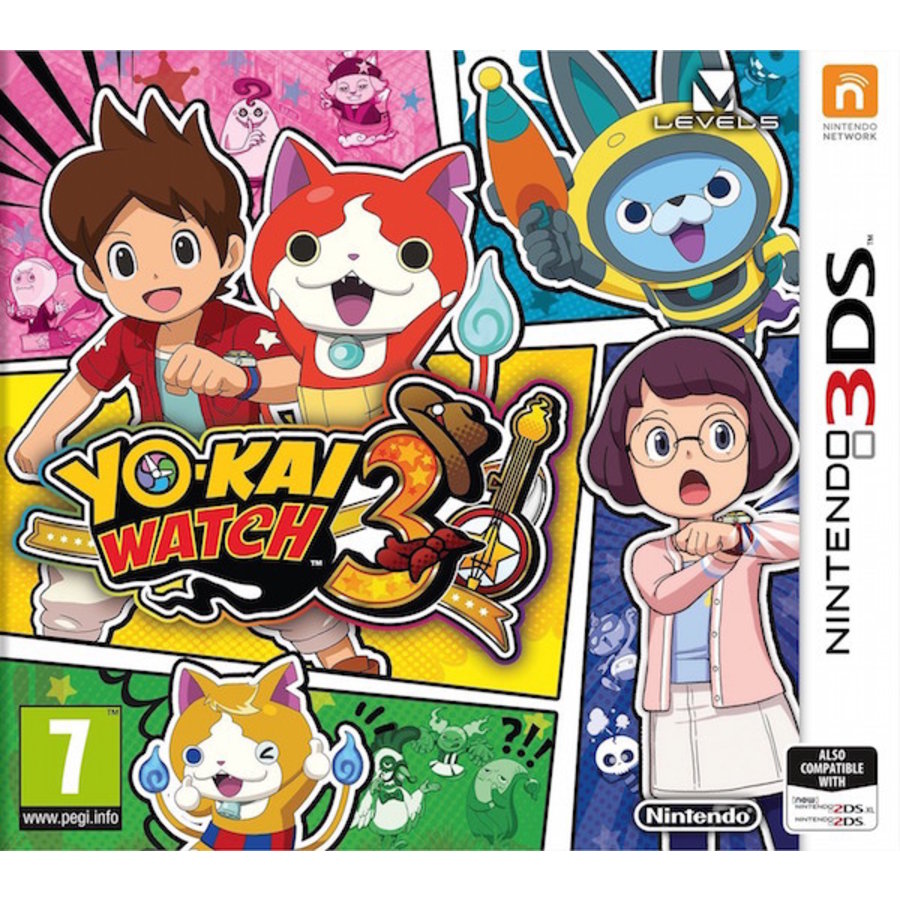 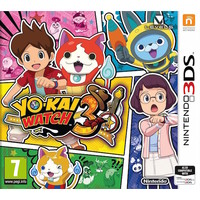 Mischievous beings known as Yo-kai are everywhere, and its up to Nate and Hailey Anne to befriend, battle, and solve problems with them.

Follow two parallel stories and unravel the mysteries behind strange sightings while meeting over 600 Yo-kai and using the new 3x3 grid battle system to strategically dish out or dodge attacks.

More Yo-kai, more mysteries. Merican Yo-kai have made their way to YO-KAI WATCH 3 and theyre rootin tootin troublemakers. Speaking of troublemakers, in BBQ, zombies rise from their graves and Nate must free the town during Zombie Night. If youre too afraid of zombies, you can always find treasure by exploring randomly generated dungeons and discover the truth about the mysterious ruins hidden all across the continent with the Yo-kai Blasters T group.

- Meet Hailey Anne and Usapyon as they solve cases as Yo-kai detectives in Springdale.
- Explore the American-inspired location, BBQ, where Merican Yo-kai run rampant.
- Battle all-new bosses, meet over 600 Yo-kai, and use a new 3x3 grid battle system to strategically dish out attacks.
- In BBQ, go on a rafting adventure, try out a new Crank-a-kai, and interact with new Merican Yo-kai.
- Train up your very own Nyan, a cat like Yo-kai, in Build-a-Nyan.
- Bonk zombies on the head, in an all-new mode, Zombie Night its an invasion.
- Link with versions of YO-KAI WATCH 2 and YO-KAI WATCH BLASTERS to earn special Yo-kai.
- Discover treasure as part of the Yo-kai Blasters T group and make your way through randomly generated dungeons.